Today we received two interesting housing indicators that reflect the new normal in our echo bubble real estate market. Case Shiller reported that the U.S home price index fell during May. Surprisingly the 10-city and 20-city composite indexes were both 0.2 percent lower from April to May. On a year-over-year basis home prices rose by 4.4 percent. The trend of smaller year-over-year prices gains remains intact, not surprising considering the deflationary forces piling up in the economy.

For companies like American Homes 4 Rent and Blackstone who feast on the Fed’s bountiful liquidity, it has been a nice recovery. For everyone else, the “recovery” leaves a lot to be desired.

The Federal Reserve has been gobbling up mortgage backed securities to keep interest rates pinned down, but this doesn’t help much when the price of the house spirals out of reach for most families. The Fed can goose asset prices, but trickle-down monetary is no more effective than trickle-down economic policy. 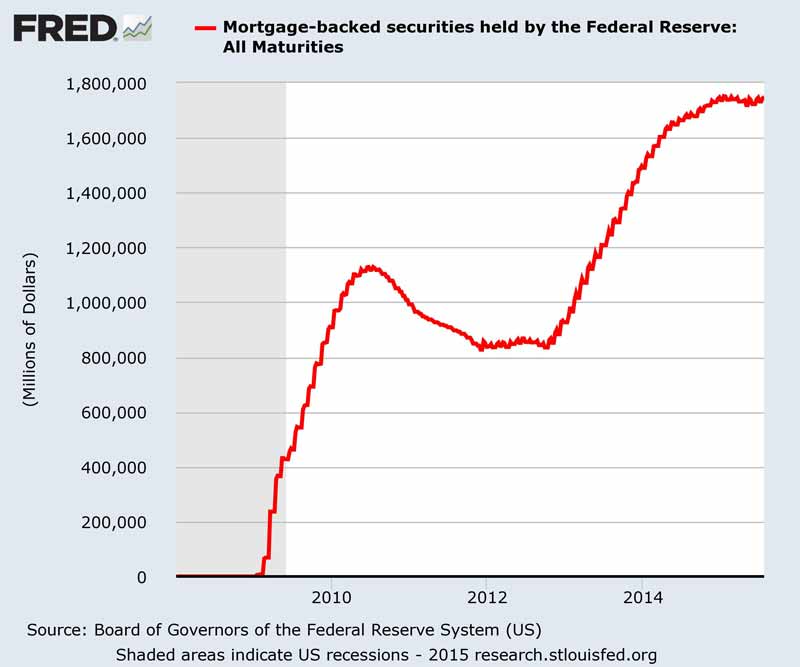