The Census new home sales report came in lighter than expected today. New Residential Sales In January 2016 posted at a seasonally adjusted annual rate (SAAR) of 494,000. This was well shy of analysts estimates of 520,000 and 5.2 percent lower than January 2015. The median price of a new home in January 2016 was $278,800, a $13,200 drop from the median price last year. The average price of new home sold (contracted) in January was $365,700, a $9700 increase from the same time a year ago. The pricing mix of new homes in 2016 points to the real culprit behind the sales decline. The unfortunate truth is that new U.S. homes are simply too expensive for many families who might want to purchase a new home.

I would also point out that the drop in January new home sales occurred with mortgage rates that were actually dropping to start the year. Mortgage rates are now lower than they were at this time last year. Outside of some select bubble markets for luxury homes, builders are getting crimped, not by construction constraints but by the simple problem of not being able to produce a quality, affordable home that many families are willing and able to buy. Bringing an affordable home to the market is a severe challenge now that the Fed has re-inflated asset prices, and particularly real estate. If builders could buy cheap lots to build new homes on they probably would, but there really isn’t any cheap land to be found in the current market.

Bloomberg today suggested that the housing sector has been volatile but is “trending upward”. I’m not sure they know how to read their own charts. If you look at the stock prices of major U.S. homebuilders, those are certainly not in an uptrend. Earlier this week, Toll Brothers reported a bump in first quarter sales contracts, but that was probably a one-off event with some QE-driven capital gains finding its way into high-priced California homes. Toll’s actual deliveries were down year-over-year for the latest quarter.

The market for luxury homes here in Houston certainly seems to be slumping. The struggling Houston economy is finally catching the attention of some developers as noticed by one luxury home builder scrapping plans for some new expensive condos. That was probably a wise move considering there is as much as 30 months of inventory for some of those new high-priced Houston condos. Houston building permits fell 31 percent in January, with declines in both the commercial and residential sector. Friday we’ll get a look at TRI Pointe Group and their latest earnings report. It will be interesting to see how Trendmaker Homes’ new parent company is faring in our new echo-bubble for housing. 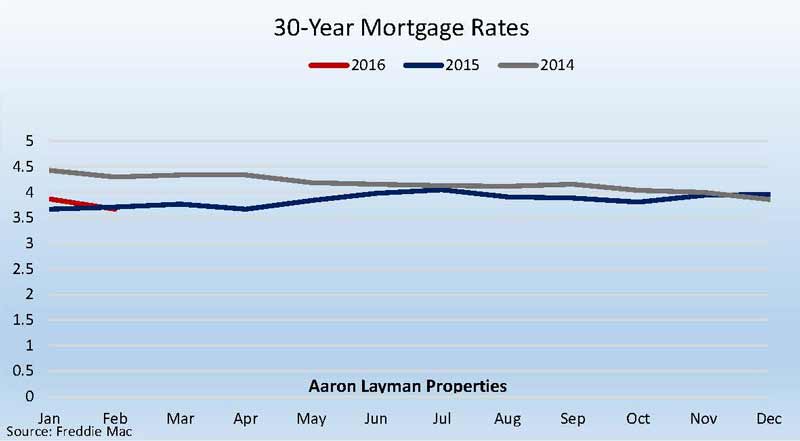