New home sales in Denton County rebounded in February as lower rates helped to push some prospective buyers off the fence. New home prices in the Denton area are still a bit sluggish as the shift toward more affordable new home inventory continues so far in 2019. This can be seen in the lower average new home prices and stagnant price per square foot.  So far at least, new home buyers in the Denton area are willing to sacrifice some space in order to keep overall prices down.

New home builders are trying to match demand, but building an affordable, entry-level home is not as easy as it used to be. Today the Census Bureau released delayed numbers on new home sales for December that showed a sharp drop in average new home prices. New U.S. home sales for December posted at a seasonally adjusted annual rate of 621,000 in December. The average price of a new home sold (contracted) in December was $377,000, a drop of more than $25,000 from December 2017. The median price of new home contracted in the United States in December was more than $24,000 lower, posting at $318,600.

So far in 2019 lower mortgage rates have provided some much-needed support to new home sales. With the Fed on hold in terms of policy, the spring selling season could find some legs. The question remains whether new home builders can continue to shift their product mix toward more affordable offerings that buyers seem to be demanding. The spike in interest rates during the last few months of 2018 had a noticeable chilling effect on new home sales. 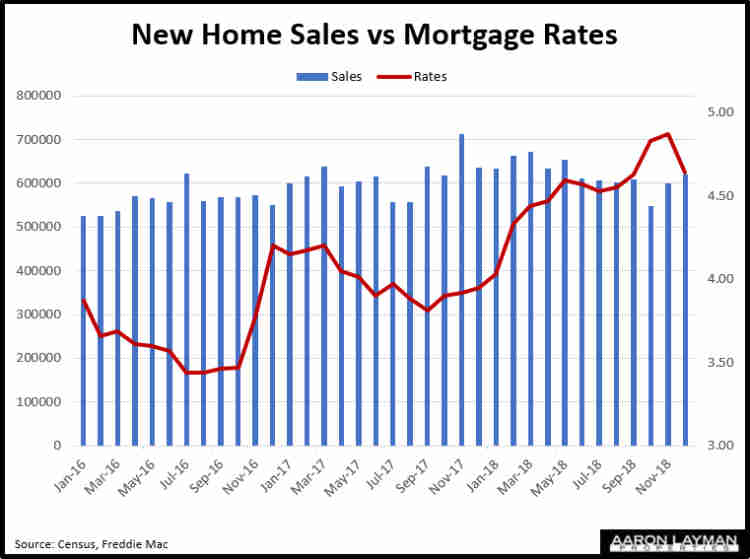