Single-family rents in Denton Texas continue squeeze local renters, and it comes at a time when average home prices are near record highs. For those looking to lease a home this past summer, the available rental options were more expensive than ever. As Denton TX home prices were shooting to record highs this year, the summer demand for single-family lease homes rose like the North Texas triple degree temperatures.

During the month of August lease activity in Denton rose 65% year-over-year with the average price of a Denton rental hitting $1599 per month in the City of Denton. For the three-month period through August lease activity was up 33 percent compared to the same three month period last year. Average rents in Denton Texas rose from $1543 last year to $1602, a 3.8% increase during the summer period. Why the surge in demand for rental homes in Denton? It could have something to do with local home price inflation… 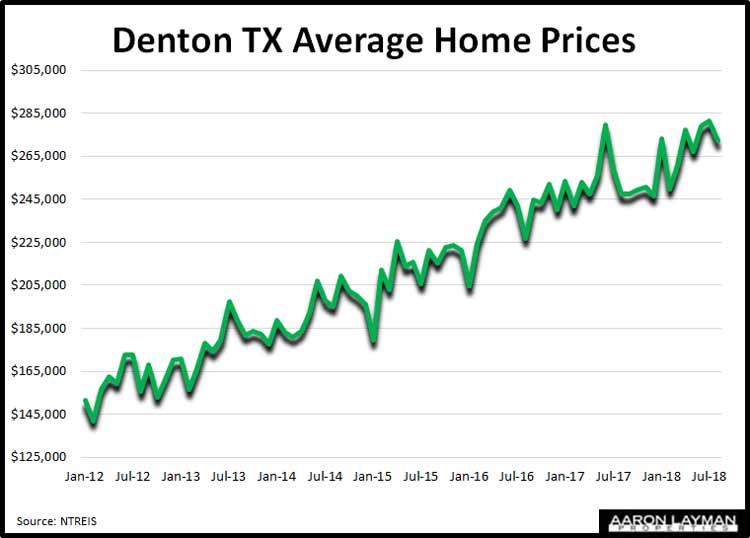 Denton County has also saw an increase in leasing activity during the summer, but not to the same degree as the City of Denton. Rent inflation within Denton County was also more subdued during the summer with Denton County average rents rising from $1923 to $1960 year over year. North Texas rents in general are seeing subdued price increases, as many multi-family apartment projects came on line during the last few years, with more inventory still hitting the market. High cost areas like Dallas have cooled more than others, while more affordable areas like Fort Worth have actually seen rents continue their upward trend.

For the City of Denton, the balancing act between maintaining community standards and keeping an adequate supply of affordable homes available to prospective residents has been a big challenge. Just this week, the Denton City Council and mayor were grappling with how to facilitate the growth of affordable housing without giving up the bank. The Enclave at Denton, a proposed apartment project on Brinker Rd, will likely move forward. It remains to be seen whether the project delivers the number of affordable rental units advertised. The concept of “affordable” can mean different things to renters and developers. There are no perfect solutions, but you can rest assured private estate developers like Integrated Housing Solutions will be more than happy to cash in on any tax breaks or incentives provided by the Denton Housing Authority or the Denton City Council.

Prospective Denton area residents are currently faced with two choices. You can sign a lease for rents that are at record highs, or you can opt to purchase a home with average sale prices which are also near record highs. Just pay no attention to those mortgage interest rates which are near 7-year highs as well.

With an affordable housing shortage, Denton has plenty of company. The Federal Reserve’s mean green monetary policy is increasingly being exposed for the trickle-down scam that it is. Rather than saving the economy as it was advertised, QE looks more and more like quantitative easing for the rich… because that’s precisely the way it was designed to work. 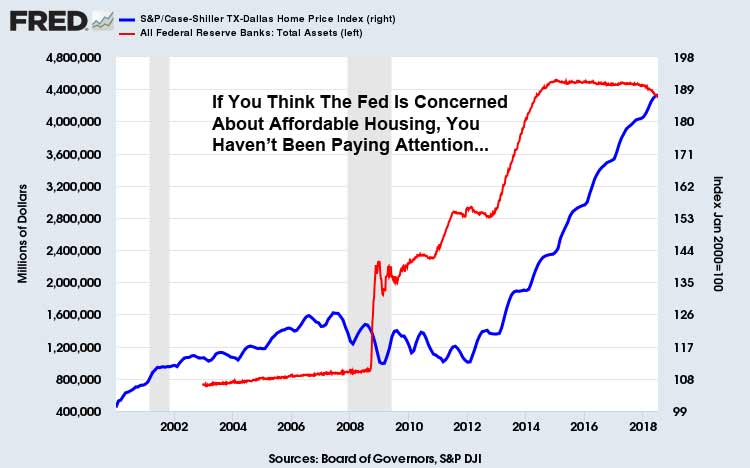