The Census Bureau reported new home sales for June at a seasonally adjusted annual rate of 776,000. That was a 13.8% jump from May sales and a 6.9% increase compared to June 2019. This was far better than June existing home sales reported by the National Association of Realtors this week which were still down 11.3% compared to the same time a year ago.

According to Census estimates for June, median and average new home prices rose to $329,200 and $384,700 respectively. Both figures are sharp increases from May, and even June 2019. The non seasonally adjusted numbers for inventory show an 18 percent drop in new home inventory in June with 4.1 months of supply. The combination of shrinking inventories and record low mortgage rates continues to provide lift to the new home market.

Updated NTREIS trends stats show a 28 percent increase in new home sales for the DFW area. The closest comparison for the Census new home numbers would be pending sales (aka contracts). Pending sales of new construction in DFW were up 51 percent during the month of June! Builders have been taking it to the bank by focusing on more affordable homes. Even though the median and average price of new construction was slightly negative for June, the median and average price per square foot hit new record highs. With limited options in the resale market, buyers have been bidding up the prices of smaller new homes. With the summer surge, months of inventory for new homes in the DFW area is down to just 2.9 months of supply. The summer’s feast on new home construction could quickly turn into a headwind, however.

The biggest obstacle lying in wait is likely the diminished supply of affordable homes. That and the 31 million Americans who are currently depending on either state or federal unemployment assistance. The media continues to misreport the real unemployment levels, relying on the headline statistics including only the state unemployment figures. If Congress does not approve additional pandemic stimulus soon, that misreporting will become more apparent. The latest weekly unemployment claims figure actually rose to 1.41 million, marking the 18th consecutive week of unemployment claims topping a million.

The Fed’s latest balance sheet stands at $6.96 trillion, and poised to grow even larger with Congress hashing out the terms of a 2nd pandemic stimulus package. At this point the Fed’s only choice is to print more money or watch the recovery come unraveled. 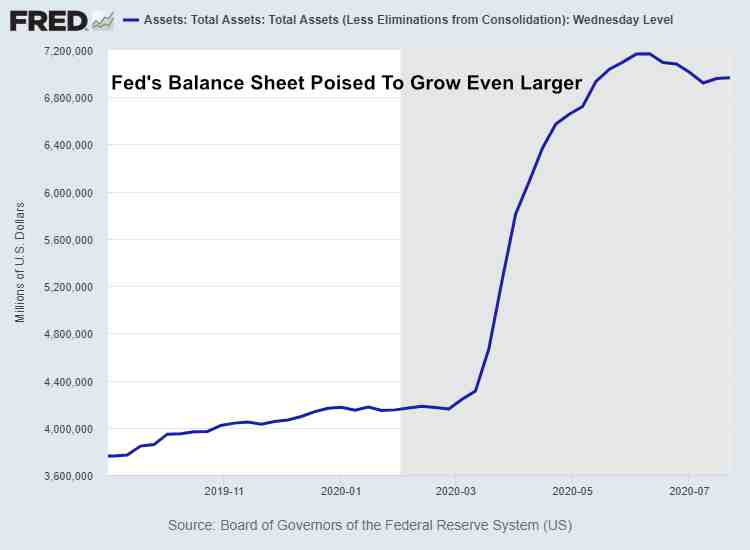 The U.S. budget deficit for just the month of June was a staggering $864 billion… for a single month! 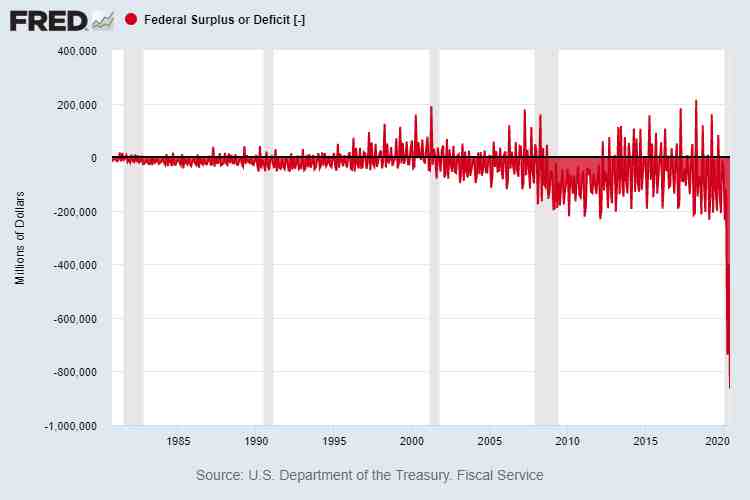