In the midst of one of the supposedly greatest economic expansions in history with the stock market near record highs, DR Horton’s average selling prices DECLINED for both closed sales and new orders. The average price of a DR Horton home closed in the latest quarter declined by over $8,000 to $298,480. The average price of new orders for the fiscal fourth quarter fell more than $3500 to $298,062. The explanation for these lower average prices should be fairly obvious, but if you need another reminder, mortgage rates are approaching an 8-year high… 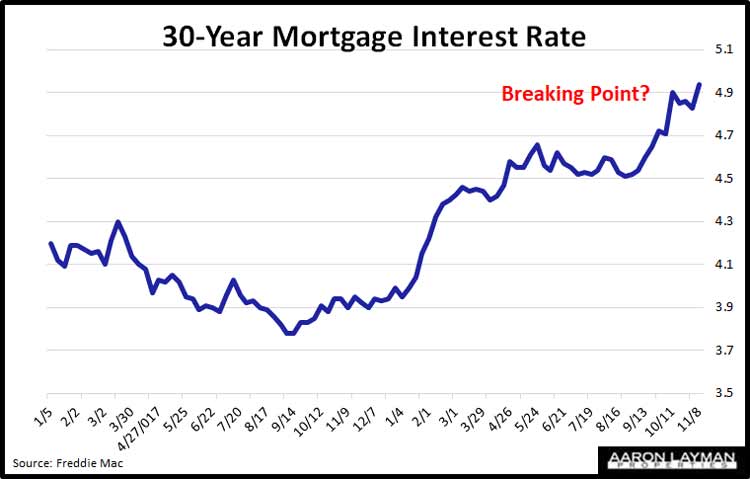 DR saw net income increase 49% during the quarter, but much of that increase is due to the Tax Cut & Jobs Act. Pretax income rose about half that at 25%. The company’s cancellation rate edged up to 26% in the latest quarter, compared to 25% last year. DR Horton continues to do a good job of turning over inventory and managing sales growth in a shifting economic environment. That being said, I’m not naive enough to believe the company’s chairman when he says that “economic fundamentals and financing availability remain solid”.

Mortgage credit has been readily available during the last few years. It’s actually increased significantly during the last 5 years as home prices have spiraled higher. This is no coincidence. The economy, on the other hand, is not as strong as headline numbers suggest. If economic fundamentals were really solid, Fair Isaac would not be juicing credit scores so more subprime borrowers can get loans. If the economy were really solid, debt-to-income levels would not be the largest source of mortgage denials for all major types of home financing. If the economy were really that solid, builders would not be selling single-family homes to Wall Street landlords to pad sales volumes. Maybe Mr. Horton is referring to these economic fundermentals? 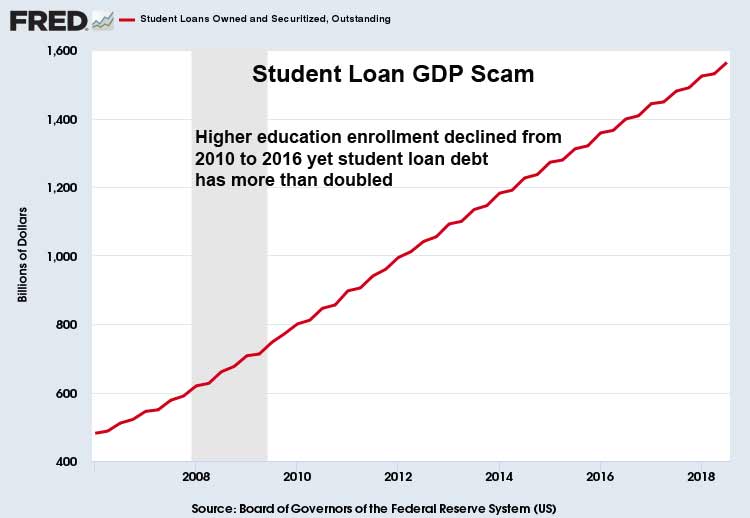 Publicly-traded home builders will continue to spin a positive light on the current economy because they really have no other choice. Unlike many existing homeowners who are deciding not to sell or trade up as the economic boom starts to fizzle, builders HAVE to sell more product unless they want to see their share prices obliterated. Interestingly enough, a year-to-date view of the home construction index or DR Horton’s own stock shows that the meltdown is already underway. Today brings another FOMC announcement from the lovely folks at the Federal Reserve. I’m sure they will tout those “fundamentals” as well as they jawbone rates higher.