Home/NAR: Existing Home Sales Up 3.9% In September
Previous Next

The National Association of Realtors reported a 3.9% increase in existing home sales for the month of September. Home sales in the South region were reportedly up 6 percent according to NAR, and this is reflective of what we saw in the North Texas housing market last month. The big year-over-drop in rates pushed both home sales and prices higher last month. According to NAR the median price of an existing U.S. home increased 5.9% in September. The average price of a U.S. home at $308,500 was higher by 4.2%. Months of supply stood at 4.1 in September, a decrease from 4.4 months last year.

According to NAR chief economist, Lawrence Yun, suggested that home sales have not increased commensurately with low mortgage rates…

“We must continue to beat the drum for more inventory. Home prices are rising too rapidly because of the housing shortage, and this lack of inventory is preventing home sales growth potential.”

Yun is partially correct that prices are rising too rapidly, but there’s a lot more to the story that isn’t being discussed by the National Association of Realtors. Contrary to the narrative being floated in the real estate industry, the U.S. job market is not as strong as headline statistics indicate, and likely not as strong as many Realtors would like to believe. Yes, headline unemployment is low and there are lots of “jobs” available. What is not discussed is the fact that many of the new employment opportunities do not pay the kind salary one might need to justify existing asset prices or a decent standard of living.

In practical terms the U.S. economy is working out quite well for charlatans like Adam Neumann, who will reportedly now be paid $1.7 billion to leave WeWork after a botched IPO offering and one of the biggest real estate scandals of the last decade. Think the “Enron of real estate”. That is a fitting description of the fiasco unveiling at WeWork, the Soft Bank-funded real estate company advertising itself as a tech company and revolutionary game changer. In reality, it’s just a real estate company that leases up large office buildings on long-term leases and sub-leases space to small business and other companies on much shorter terms.

This is a disaster we’ll be teaching for decades in b-school. The idolatry of innovators leads to billion-dollar payouts while thousands of employees are scrambling to clean up the mess, knowing they have a 1 in 2 chance of being fired. https://t.co/NUdBQrZbUF

Low mortgage rates are helping to mask high home prices, and that’s only part of the story. There all kinds of distortions in terms of asset prices, and particularly in real estate prices. These distortions are being facilitated by government and Federal Reserve policies designed to enrich the few at the expense of the many. There is a reason why home sales weren’t up double-digits in September, which they should have been considering the favorable interest rate environment.

Until we purge the U.S. economy of the waste and the fraud in the system, home sales will likely continue to disappoint relative to their real potential. Yes, we need more inventory. We need more affordable new homes in particular. But more than anything, we need a better economy that really functions for everyone involved, not just the wealthy and the well-connected. The bifurcation in U.S. housing market is a reflection of the bifurcation (aka inequality) in the broader economy.

Something to think about as the Federal Reserve is once again running to the rescue to bail out Wall Street without a Congressional mandate to do so. 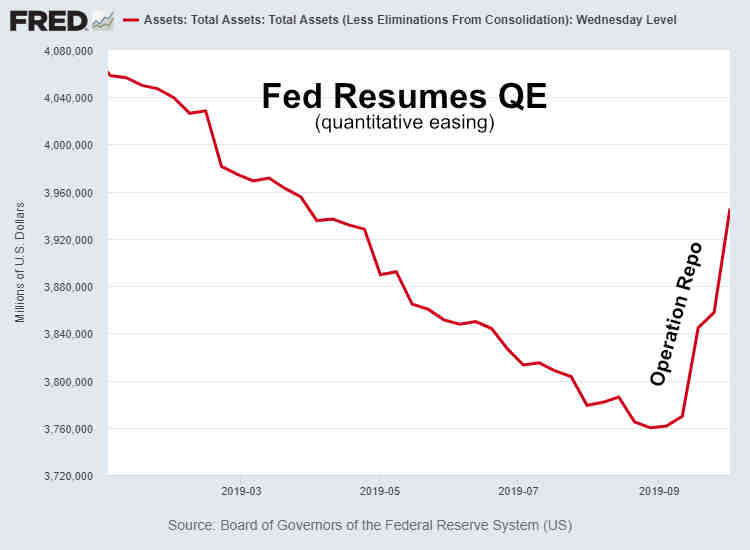