Home/Census: New Home Sales Up 16.9% In November
Previous Next

The Census Bureau reported new home sales for November at a seasonally adjusted annual rate (SAAR) of 719,000 units. That was 1.3 percent better than the previous month, and a 16.9 percent rise from last year. The median price of a new home contracted in November was $330,800, while the average price stood at $388,200. Both figures represent a large increase from the prices seen last year. The supply of new homes stood at 5.4 months in November, down 17 percent from the 6.5 months of inventory we had last year.

These figures from Census are in line with what we have been experiencing in the Dallas-Fort Worth area, with the notable exception of prices. New home prices in the Dallas-Fort Worth market are still in a downward trend from their 2017 peak. According to updated NTREIS Trends data, the average price of a new DFW home fell 1.6 percent in November to $361,664. Despite the consistent growth of new home sales this decade, we have yet to eclipse the previous recession peak when builders and mortgage companies were feasting on speculative mania. Adjusted for population growth, U.S. new home sales are still well shy of the previous bubble peak, while DFW is knocking on the door. 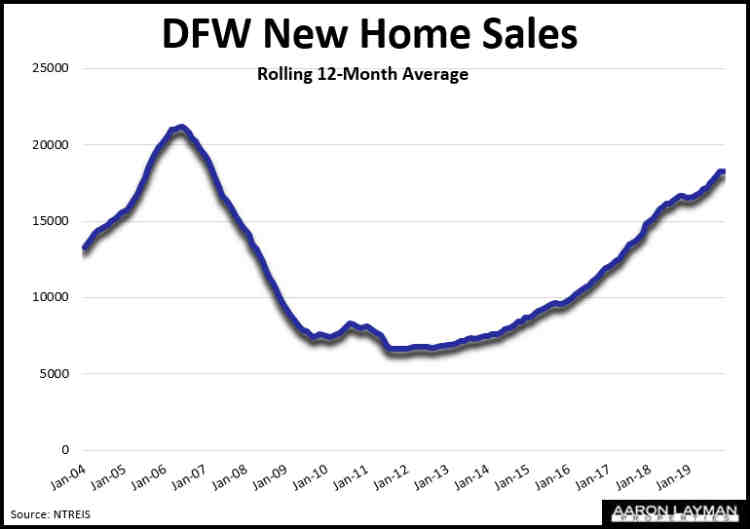 One thing which is certain is the massive drop in mortgage rates did find its way into the new construction home market in 2019. The bounce in the DFW real estate market this year was all about lower rates and a capitulation from the Federal Reserve. Improved affordability helped to avoid a prolonged downturn, at least temporarily. 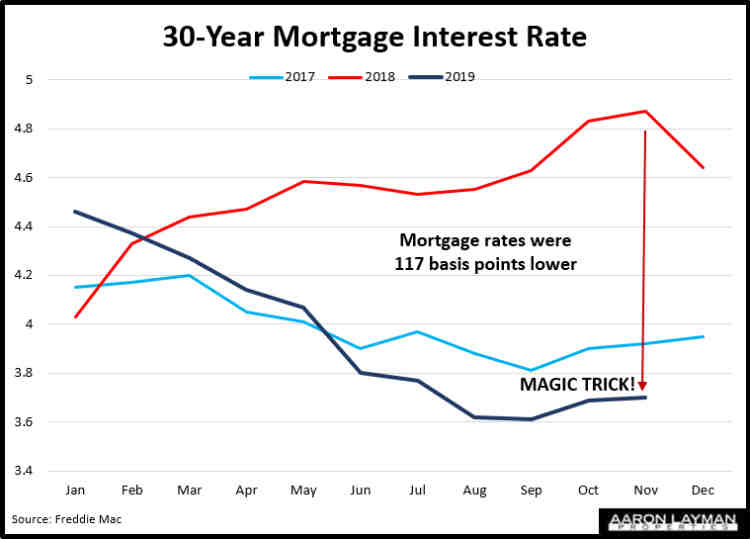 The gap between existing home sales and new home sales has been closing of late, facilitated by home builders’ shift toward building more affordable products. Dallas-Fort Worth has certainly been a part of this picture as builders have kept prices in check, even as median and average prices for existing home inventory have climbed higher. 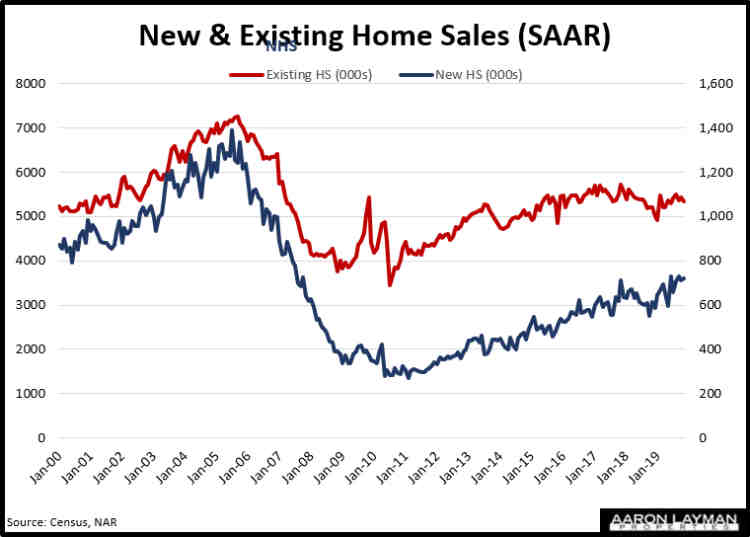 The National Association of Realtors reported November numbers for existing home sales which were a little tepid. Existing homeowners have not been able to adjust to market demand for more affordable homes by lowering prices. This is why I’m expecting some indigestion next year in the housing market. The Fed avoided a continued downturn in the housing market by flooding the markets with liquidity and providing a temporary bounce in asset prices. Pulling demand forward is something the Federal Reserve specializes in. Trickle-down policy and mismanagement of the U.S. economy have become defining characteristics for the Fed. 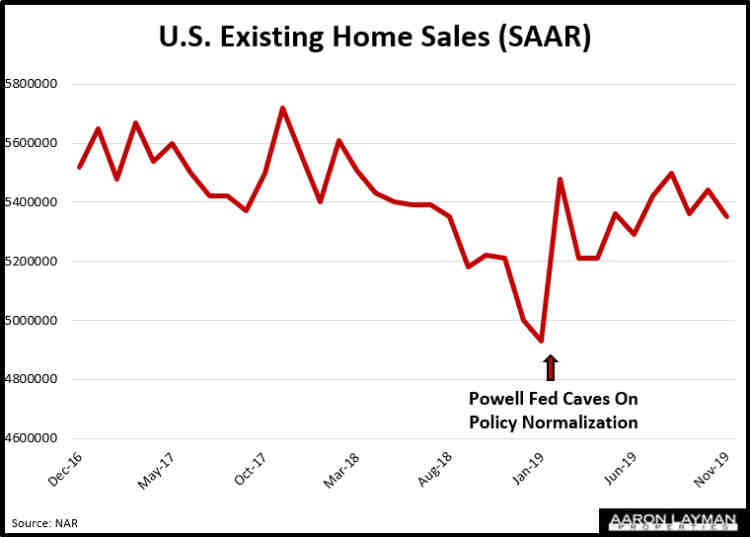 As we approach another new year, it’s a time to give thanks and a time to reflect. In 2019, the Federal Reserve made it crystal clear that they have no intention of letting markets function freely. The Fed has become a slave to Wall Street and the markets, where the financiers and rentiers continue to front-run corrupt Fed policy. Look for the distortions to continue until something breaks. As we have seen, the Fed isn’t very good at “Plan B”, and that’s probably because they don’t have one. They seem to be making it up as they go along.

May the Force Be With You.