Despite the February rebound, the Denton County housing market correction is still in play. Average days on market spiked 30 percent, and the supply of homes (active listings) in Denton County rose 40 percent compared to the same time a year ago. It took more than two months (66 days) on average to sell a Denton County home even with 2.9 months of supply. The supply of homes on the market this spring will likely continue to grow as the housing market correction unfolds.

Sales figures for the City of Denton were not as strong during February, and that can be attributed to the dearth of quality new construction for sale in Denton. Total home sales in the City of Denton fell 13 percent from a year ago, while pending home sales declined about 4 percent. Denton didn’t rebound as much in February because of the limited supply of new homes available for sale.

New home buyers are looking for affordable, quality single-family construction, and the current new home offerings within Denton are very limited in that regard.  Many relocation buyers are looking for something other than just stripped-down entry level homes. This is a challenge for the new home industry in general as they struggle to bring affordable new homes to market that buyers actually want. Builders have been shifting their focus from larger luxury product offerings to more affordable options, but combining quality and affordability is no easy task with inflated land values in the Denton area.

Existing home inventory in Denton continues to move at a more sluggish pace due to elevated price levels. Many existing home owners are still trying to unload inventory at previously inflated prices, but buyers are being more selective now that the DFW real estate boom is running out of steam.

Dallas-Fort Worth home sales were flat during February, while pending home sales rose about 3 percent during the month. Average prices in the DFW area were flat year-over-year suggesting that buyers are still looking for value even with the recent decline in mortgage interest rates. Average days on market moved up to 59 days during February and the months of inventory in the DFW housing market rose 20 percent to 2.9 months. The average price of a DFW rental home posted at $1707 in February, exactly flat from a year ago. 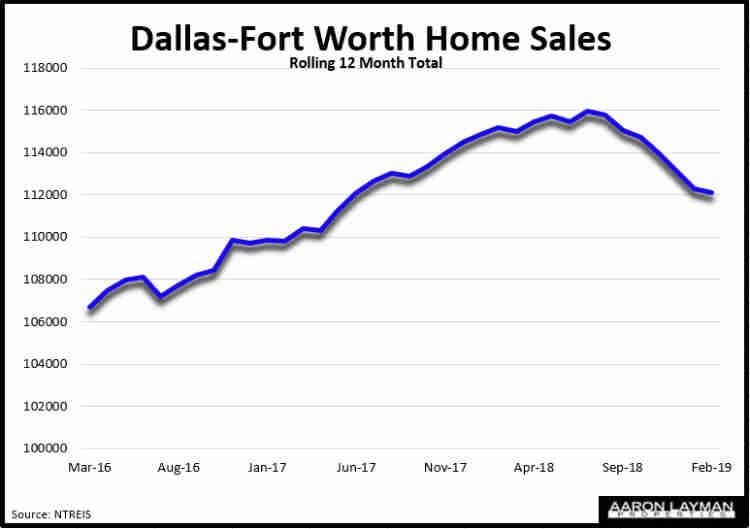 For the time being the local real estate market is still performing well even as the economy cools. That is a direct reflection of local job growth which remains in positive territory. The Federal Reserve is attempting to keep the economic expansion intact, and in just a few months we’ll have the longest economic expansion in history. Unfortunately this “recovery” has come at a huge cost. The U.S. economic expansion has been driven by huge increases in debt and wealth disparity that is near century highs. Stresses continue to build within the economy and consumers are increasingly stressed. This is why the local housing market correction that began last year is still in play. Spring is in the air, but temper your expectations accordingly.

Low rates have helped to offset a lack of home affordability for some, but deflationary pressures are still building in the system as debt continues to grow. 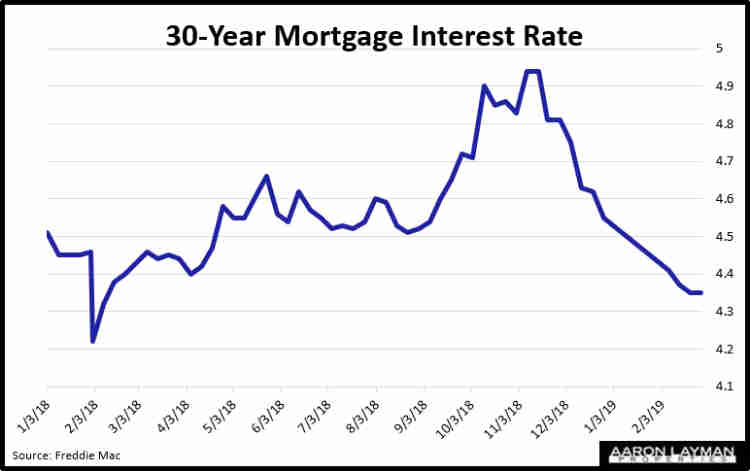 Fake conservatives are calling for cuts to social programs even as they applaud tax cuts for millionaires and billionaires. With budget deficits still near a $trillion per year politicians are looking for any scapegoats they can find. Many of these politicians refuse to acknowledge their massive tax cut to corporate America made the already massive budget deficit even bigger. At this point, interest rates have to stay low or the deficits become exponentially worse. 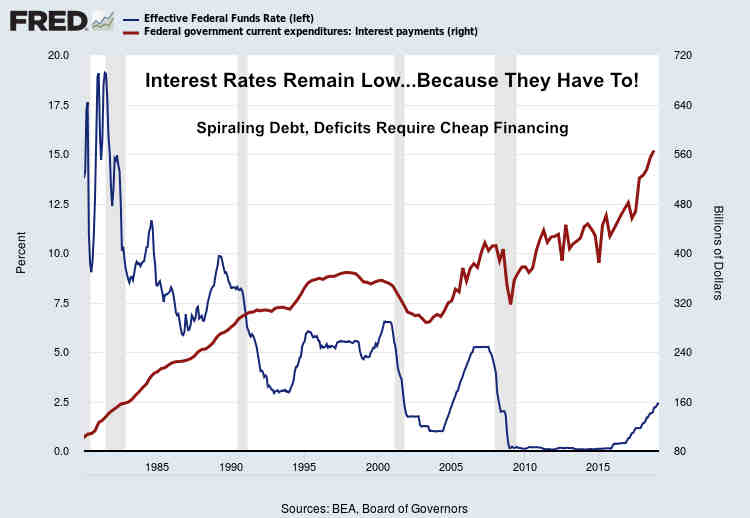 The Federal Reserve is in full-bore protection mode attempting to salvage their diminishing credibility with a continued dose of lies and obfuscation. The Fed isn’t helping the situation. Powell and company continue to be the primary enabler of Washington’s fiscal mismanagement and Wall Street’s corruption.

Global growth continues to stagnate, and so global central banks are now capitulating as the ship takes on water. The Fed has halted interest rate hikes with the Fed Funds rate at only 2.5%, and the ECB has reversed course as well, even extending more loans to troubled European banks to keep the zombie apocalypse at bay with TLTRO III. The global economy has obviously not recovered to to the point where it is self-sustaining. Despite trillions in stimulus thrown at the markets during the last decade, trickle-down fiscal and monetary policy has not translated into sustainable economic growth. 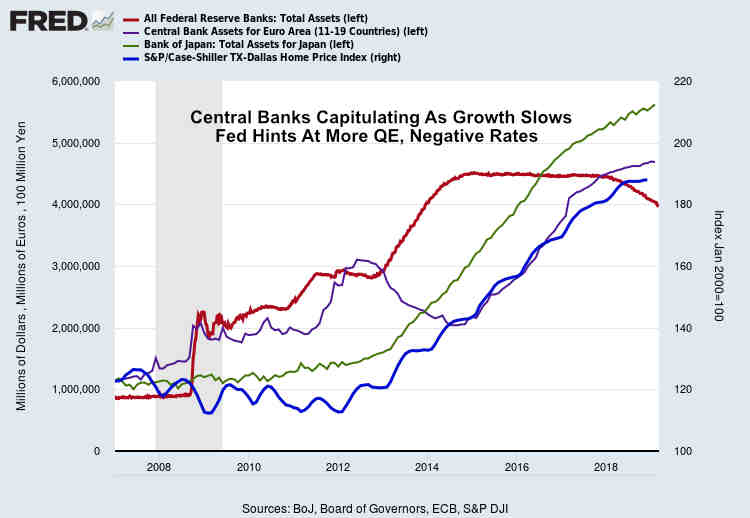