The Jerome Powell cave is now a comical farce. Aside from using the word “patient” about 30 times in the March FOMC statement, Jerome Powell told us the Fed does not expect to hike interest rates at all in 2019. To top things off, the Fed balance sheet that was on autopilot at the end of last year will now end this September. In terms of the Fed’s projections for the economy, growth was revised down and the unemployment rate was revised up slightly.

“In light of global economic and financial developments and muted inflation pressures, the Committee will be patient as it determines what future adjustments to the target range for the federal funds rate may be appropriate to support these outcomes.”

The Fed’s overly dovish tone spooked the financial sector, and so the market went red despite Powell’s press conference and his assurances to Wall Street investors that all is well. Treasury yields declined on the news, and so we could see mortgage interest rates heading even lower this year. The inversion of the yield curve at various points certainly indicates that all is not well with the U.S. economy despite Powell’s assertions that we are in “a good place”.

It will be interesting to see how mortgage interest rates react going forward because the Fed now wants to shed its portfolio of mortgage-backed securities. The Fed will decrease the runoff of Treasury securities starting in May while unwinding MBS at the current rate of $20 billion per month until they are gone. The Fed’s bubble-blowing balance sheet will be left above $3.6 trillion. In other words, “normal” will be thrown out the window in an effort to prop up the stock market.

Powell’s private equity roots are now exposed for everyone to see, and it is blatantly obvious at this point he us just as oblivious as recent Fed chair mouthpieces when it comes to guiding the U.S. economy and monetary policy. The multi-millionaire Wall Street set like Powell and the Dallas Fed’s Kaplan don’t live in the real economy inhabited by most Americans so it’s not surprising that they continue to show complete disregard for the failures of their policy.

It’s interesting that Powell opened his latest statement with a complete and utter lie. Powell isn’t attempting to sustain the economic expansion for the good of the American people. The “people” he’s referring to are the people like himself, Robert Kaplan and others who hold a disproportion amount of the wealth in this country, much of it tied up in inflated stock market paper wealth. The bulk of the American people would likely benefit from lower prices in assets and higher wages, something akin to actual shared wealth and living wages. This is not a scenario the Fed wants to see, because the Fed’s real constituents have always been the money center banks and corporations which trade every day in the Manhattan financial district.

There was a time when central bank leaders were not so morally vacuous, but that was a long time ago indeed.

“In the field of monetary and credit policy, precautionary action to prevent inflationary excesses is bound to have some onerous effects— if it did not, it would be ineffective and futile. Those who have the task of making such policy don’t expect you to applaud. The Federal Reserve, as one writer put it after the recent increase in the discount rate, is in the position of the chaperone who has ordered the punch bowl removed just when the party was really warming up.” William McChesney Martin 1955

The Fed’s cycle of interest rate hikes is now over, before they could even get the Fed Funds rate above 2.5 percent. This is not a sign of their great policies, but a sign of their complete and utter failure. They have made another mess in the housing market. The Fed wants to keep blowing asset bubbles to enrich its real constituents, regardless of the consequences. Powell says the economy is still in a “good place”. He couldn’t be more wrong. The Fed has been facilitating wealth and income inequality for the better part of a decade, and the evidence is right under their noses. It’s no surprise that the Dallas housing market opportunity index is near record lows… 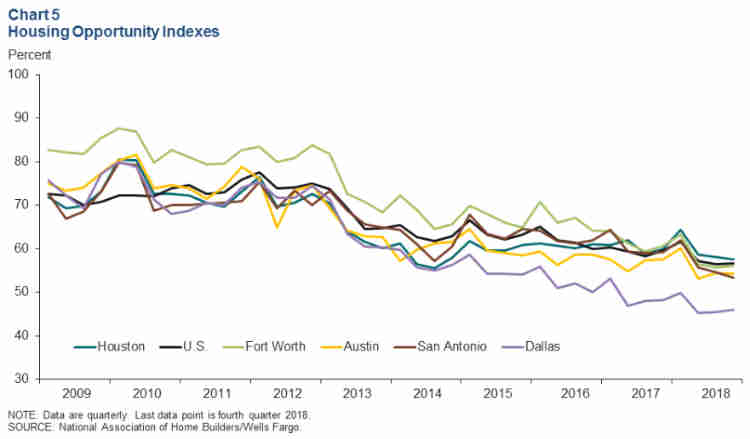 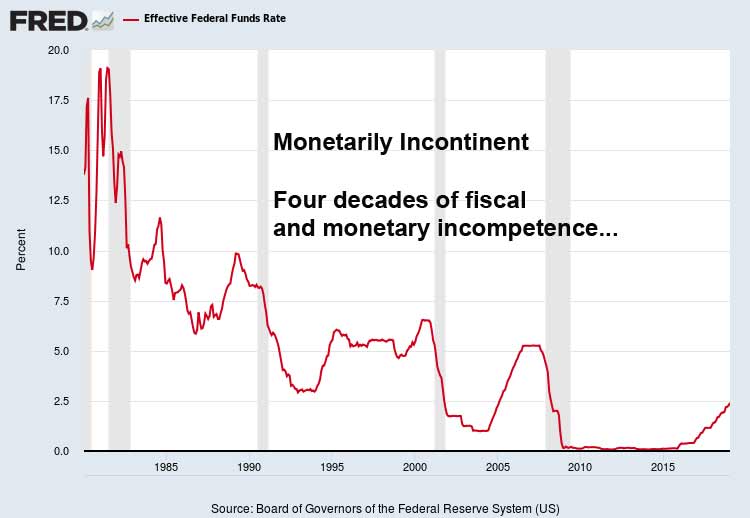 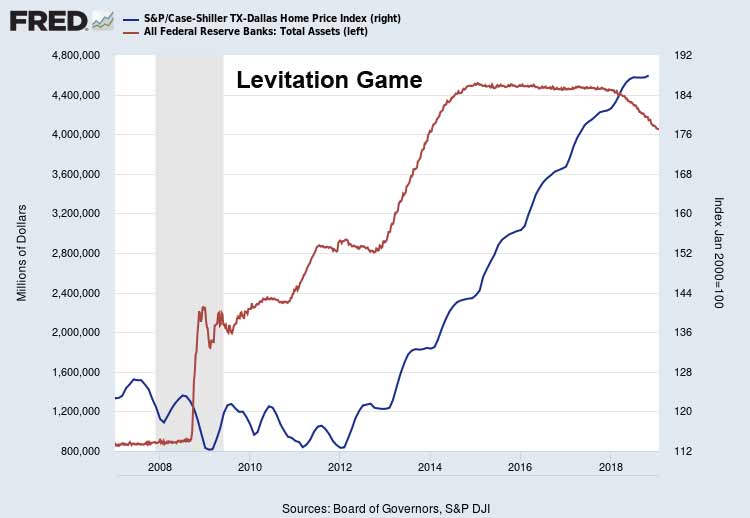