On the surface, the Census Bureau’s 31.6% year-over-year increase in new home sales for October looks spectacular. To put it in context, however, new home sales are simply responding to the Federal Reserve’s market interventions and that spectacular plunge in mortgage interest rates providing a very easy year-over-year comparison. On a monthly basis, new home sales dipped about one percent in October to a seasonally adjusted annual rate of 733,000 units. The longer term view shows new home sales still rising on a steady path out of the abyss.

The numbers for Dallas-Fort Worth confirm what we are seeing in the Census estimates. Closings of new construction were up 18 percent in October. Median prices dropped by 1.4 in October while average new home prices in the DFW area dropped by 3.7 percent to $364,698. It is worth noting that median and average price per square foot for new construction in the Dallas-Fort Worth area is still near record highs. This is the Faustian bargain builders have made to keep sales volumes up and mask the inflation of new home prices.

As a reminder, the Census Bureau counts a new home sale at the time of contract signing. The best local comparison would be pending new construction sales for the Dallas Fort Worth area, shown here. 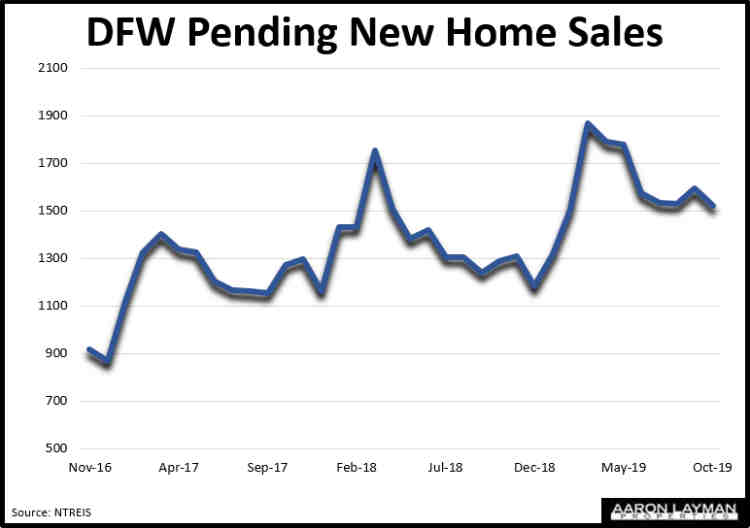 How do you get people to buy new homes? That’s an easy question to answer. You make them more affordable, which is what the Federal Reserve’s capitulation on policy normalization was all about. The economy, and certainly the U.S. housing market, are depend on super low rates to sustain any growth. 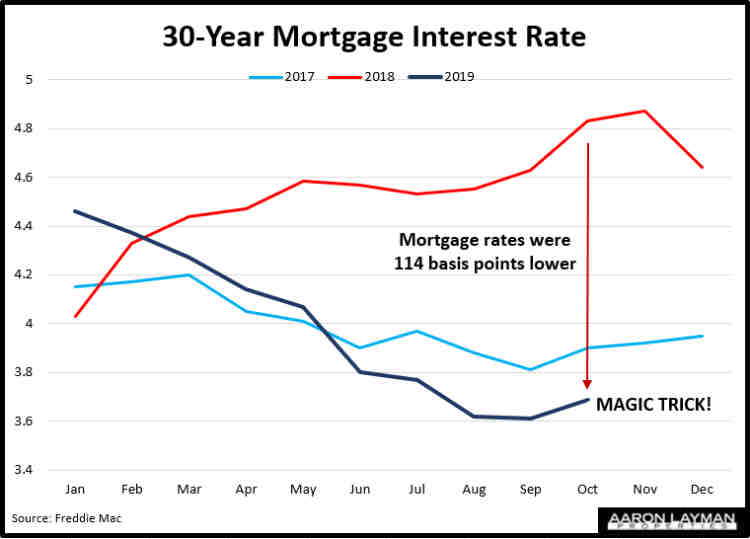