The Census Bureau reported new home sales in April which rose 7 percent compared to the same time a year ago. Sales (contract signings) for April posted at a seasonally adjusted annual rate of 673,000 units. This was close to expectations, but interestingly the April figure represented a rather large 7 percent drop from revised March numbers. The sales numbers for the previous three months were revised higher. The median price of a new home rose in April to $342,200, while the average price of a new home contracted in April rose to $393700.

This falls in line with the numbers I have been following in the Dallas-Fort Worth area this year. The big drop in mortgage interest rates from the fourth quarter of last year provided some much-needed lift for home builders. It also likely pulled some demand forward. Many builders were having a tough time moving their more expensive inventory. Builders are still working to tame their average price points to meet consumer demand for more affordable homes. That jump in prices seen in April is likely why the new home sales numbers fell a little short of expectations.

What we are currently experiencing in the U.S. housing market is the law of diminishing returns. With prices at such elevated levels, it takes more and more stimulus to induce additional activity. Total debt within the U.S. economy is through the roof, and yet the Federal Reserve is set to monetize even more of it in the coming years as the government is forced to borrow more to fund huge annual fiscal deficits. Amazingly you have some FOMC officials calling for more inflation, as if it wasn’t expensive enough to live already.

It is not surprising that existing home sales just posted their 14th consecutive YoY decline in April. At least not if you are paying attention. QE1,2 and 3, combined with the TCJA which was essentially QE4 have all served to widen the income and economic divide in the United States. This is why more and more U.S. families are struggling to keep up. The Federal Reserve tools who serve Wall Street think we need more inflation because the fake government statistics they plug into their flawed models grossly underestimate real inflation experienced by U.S. consumers. What FOMC officials really want, what they cherish above all else, is inflation in U.S. stock prices. This is what their systemically important constituents need, what they thrive on. It’s how they maintain the power structure within the U.S. economy.

There are hoards of economists who do the bidding of the establishment every day, ignoring what is actually happening within the economy. Some of the people employed as economists are utterly clueless about how the economy functions. I can only assume they are getting paid well to ignore the reality of most Americans. I nearly fell out of my chair when one of these professional economists asked me why I thought the transmission was broken within the housing market. Here’s my Twitter exchange with Leonard Kiefer, deputy chief economist at Freddie Mac.

As I explained to Mr. Kiefer, he may be looking for a while before before we see U.S. home sales pick up in response to lower mortgage rates. Mr. Kiefer then pointed to the many young adults who are “just reaching the point where buying a home makes sense”. Agreeably there are a lot of millennials out there. Unfortunately they are stuck in the mud, drowning under a pile of student loan debt. 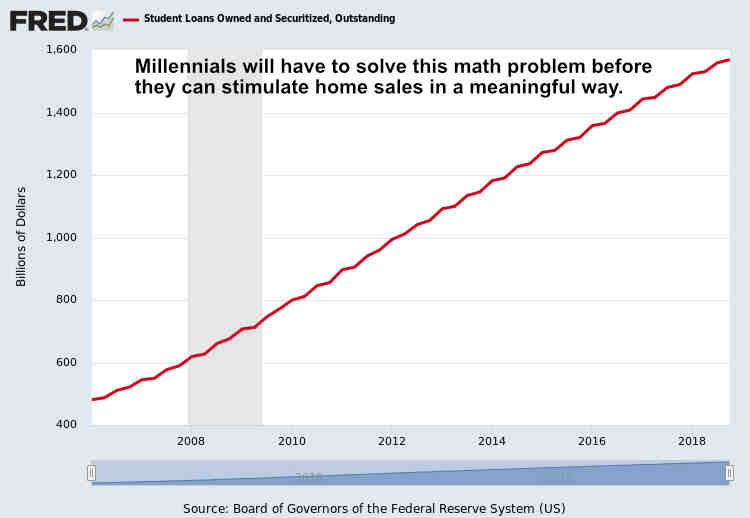 It would be fabulous if higher student debt were leading to higher incomes and boosting the demand for housing. Unfortunately that is not what is actually happening. To suggest this is even a plausible scenario in our current environment is to ignore the reality that the transmission is indeed broken. The U.S. economy is suffocating under a parasitic and corrupt financial system. Wealth inequality and housing inequality are going to continue to be huge problems until we see serious reform and a reversal of the status quo policies which have buried so many American families. The rate comps are favorable to the housing market for the second half of the year, so it will be interesting to see how this plays out. Even with favorable (lower) rates, the broken transmission will be an impediment to future home sales growth. 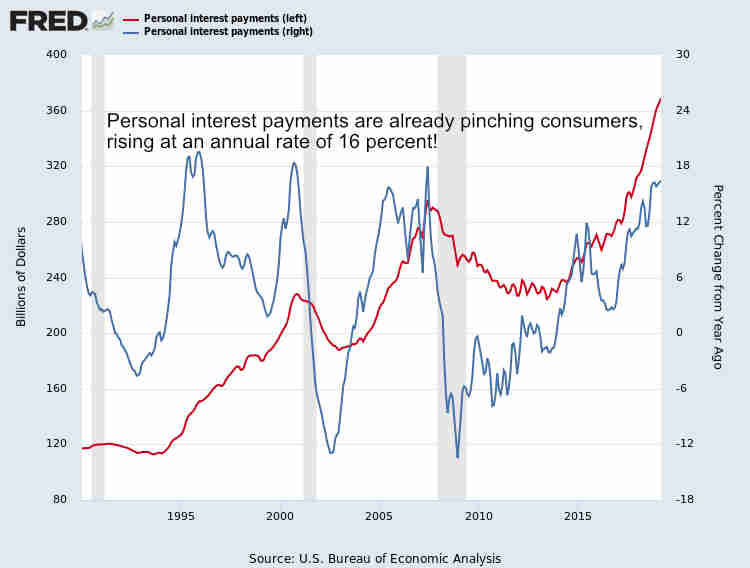 As many people, including myself, predicted, the tax cuts provided to Wall Street have not trickled down as promised. And yes, this is an important factor to consider when we look at the generally tepid growth of new home sales, along with the continued decline of existing home sales. 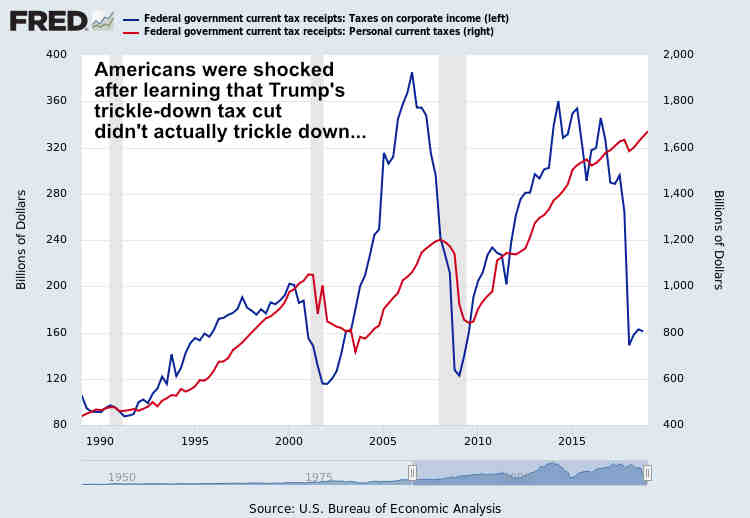 It is no coincidence that median home prices in the United States peaked immediately following the Federal Reserve’s policy normalization process, topping out in Q4 of 2017. What is also not surprising is that the Federal Reserve completely caved on normalizing the balance sheet or raising interest rates this year once they discovered their ivory tower economic models are complete rubbish. 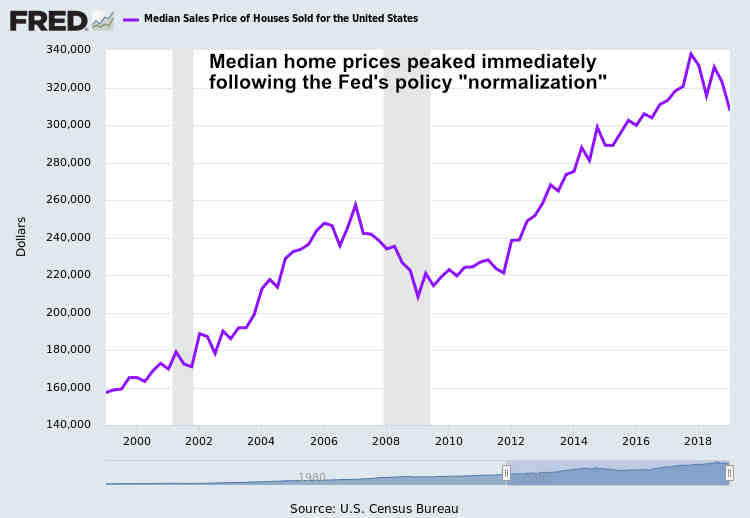