Average new home prices in Denton County were 12 percent lower than the same time a year ago. Updated NTREIS Trends figures show a 7.2 percent decline in the median price for a new home in Denton County while average prices of new construction slid 11.7 percent from March of last year. New home prices in the Dallas-Fort Worth area have been on a continued a downward trend since the summer of 2017. The reason in one word…affordability.

The trend of the incredible shrinking new home and lot size throughout the DFW area is going to have new meaning with 25 million Americans now among the ranks of the unemployed. As of last Saturday all of the employment gains of the past decade were wiped out in the latest 4-week period. 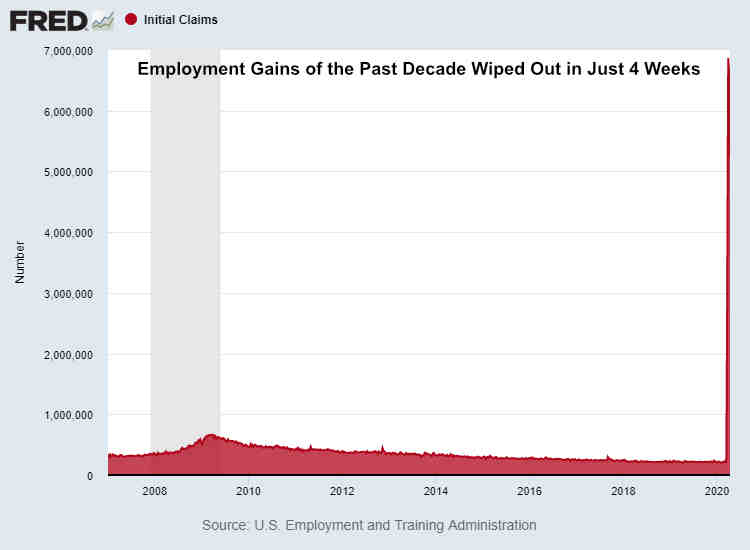 “Reflecting the growing effects of the COVID-19 pandemic, builder confidence in the market for newly-built single-family homes plunged 42 points in April to 30, according to the latest NAHB/Wells Fargo Housing Market Index (HMI) released today. The decline in April was the largest single monthly change in the history of the index and marks the lowest builder confidence reading since June 2012.”

There are still a number of people in the real estate industry who are hoping for a V-shaped recovery. Unfortunately hope is not a tactic. The unprecedented destruction to the U.S. economy during the past few months is reflected in the Federal Reserve’s exploding balance sheet, which now stands at $6.4 trillion. 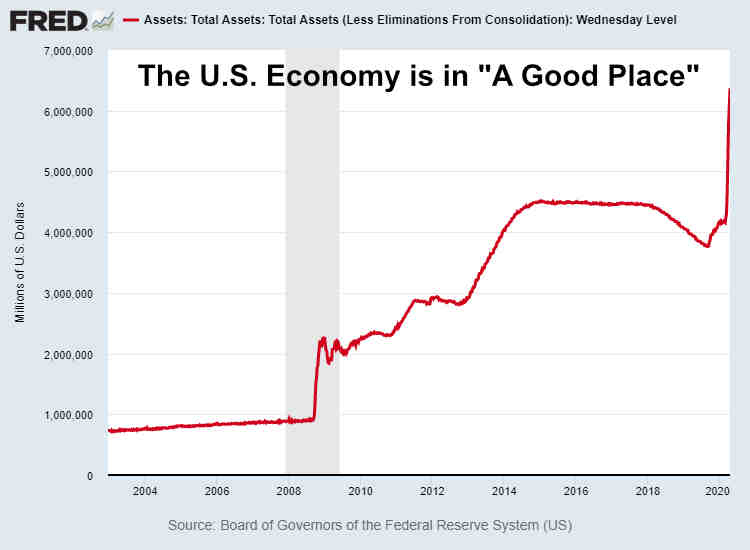 The housing market is going to be in for a rough road ahead. Few of the problems leading to the last crisis were resolved. Structural debt and deficits were simply masked by a range of Fed and government policy to cover the problems up. This led to a rather weak, unequal recovery during the past decade. With U.S. debt levels exploding to new highs, the marginal revenue product of debt is set to shrink even further. As Dr. Lacy Hunt recently explained the coming recession is likely going to be worse than the previous three before it.

“In view of the initial conditions when the virus hit, the U.S. economy is facing a deflationary recession. Based on the trends at hand, this downturn will be more severe than the three previous worst post-war recessions of 1973-75, 1981-82 and 2008-09.”

As the economy begins to open back up, real estate activity will undoubtedly warm up as well. That doesn’t mean we are going to see a return to normal. “Normal” is going to look a lot different, and housing affordability will likely continue to be a driving theme. Before the Great Recession, many people assumed it was impossible for U.S. home prices to decline at the National level. That was even the opinion of Federal Reserve chair Ben Bernanke at the time. Bernanke was considered by many to be the smartest economist in the country.

“We’ve never had a decline in house prices on a nationwide basis. So, what I think what is more likely is that house prices will slow, maybe stabilize, might slow consumption spending a bit. I don’t think it’s gonna drive the economy too far from its full employment path, though.” Ben Bernanke, July 2005

The rescue packages to save working Americans and small businesses across the country have been poorly designed and implemented. The CARES Act rescue fund for small businesses is already out of loans. Meanwhile major U.S. airlines just received a $25 billion bailout. As Ben Hunt at Epsilon Theory pointed out, the CEOs of the four major U.S. airlines made $430 million dollars in stock based compensation over the past 6 years. That doesn’t even include salaries, bonuses and deferred compensation. The term “moral hazard” doesn’t even begin to capture the extent of the betrayal of U.S. citizens by their own government during the past month. The Texas Workforce Commission is still trying to process the huge backlog of unemployment claims.

As we head into this recession, I would carefully point out the slopes of the historical charts showing median and average price per square foot. North Texas (and Texas in general) did not experience a sharp decline in prices in the last recession, primarily because prices had not escalated nearly as rapidly as some of the crazy bubble markets in other states. This time around DFW and Denton County have seen a dramatic increase in prices from the 2011/2012 trough. This has been the case for both new and resale homes. If you still don’t think home prices can decline on a national basis, I can think of 25 million reasons why they can.

If you are in the market to buy or sell a property, the current recession will pose both challenges and opportunities.