Denton Texas hit a new record in August, with average home prices pushing above $284,000 for the month. The average price of a single-family home in Denton TX pushed above $290,000 for the month, eclipsing the previous record set in June. The plunge in mortgage interest rates back to near record lows kept the summer sales momentum going for the local real estate market. 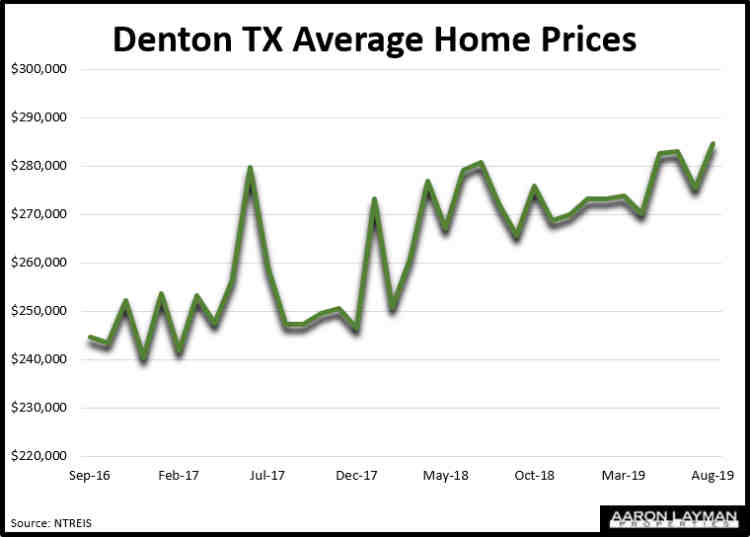 Denton County saw home sales rise about 10 percent compared to August of last year, while pending sales look to post a slight gain as well. Flat pricing in Denton County during the month of August also helped to boost sales volume. The average price of home sold in Denton County dropped noticeably from July, helping to continue the sales momentum through the end of the summer season. Months of supply in Denton County stood at 3.2 in August, down slightly from 3.3 months a year ago. Average days on market in Denton County were at 51 days in August, about 24% higher than a year ago. Buyers are still not jumping at many of the inflated initial list prices sellers are throwing out on the market. Pending sales volume for August was also weaker than July, so the momentum from lower rates appears to be subsiding.

Actual NTREIS data points to a modest three percent increase in sales during August for the greater Dallas-Fort Worth area, a bit lower than the statistical estimate reported in Dallas’ largest paper. Pending home sales appear to be flat for the DFW real estate market in August.

New home sales were once again the top performer in August with new construction sales helping to lift the overall sales numbers. The DFW resale market lagged the new home market again, and pending sales for resale homes in DFW show to be negative for August. Average prices for new construction in DFW fell 3 percent in August, while prices for resale homes were 2 percent higher. That explains the continued sluggishness of the resale housing market in general. Prices are simply too high.

The summer sales momentum in the Dallas-Fort Worth area will likely not be sustainable, at least not without lower rates. It is worth noting that we had a huge drop in mortgage interest rates in 2019 which effectively saved the DFW housing market from a significant decline. The Federal Reserve completely caved on normalizing policy because they had no choice. The economy, and certainly the DFW real estate market, are now extremely dependent on super cheap rates. Without artificially low rates, the “growth” story falls apart. It really is that simple.

Amazingly there are professional economists who keep floating ridiculous narratives about what is happening within our current trickle-down economy and bifurcated housing market. Many of these “professional” economists didn’t see the big drop in rates coming. Apparently they were assuming that home prices would keep marching higher and buyers would keep jumping at the opportunity to leverage themselves up to their eyeballs even if mortgage rates were climbing to 5 percent or more. That doesn’t work in the real world, because buyers buy payments, not just the prices. Low interest rates can be helpful, but buyers still need adequate wages to save up for a down payment.

Highly leveraged American consumers are struggling to keep up since their salaries are not keeping up with the real inflation of asset prices. It’s a world only a central banker could love. Boom, bubble, bust. Rinse, repeat. The recent jump in U.S. consumer debt, particularly the jump in credit-card balances, is a double-edged sword. Consumers are paying extortion-level interest rates on credit cards, and when the property tax bills for homeowners come due at the end of the year, the narrative of a strong Texas economy may look a bit fragile.

That’s the problem with a trickle-down economy…the wealth doesn’t really trickle down. For the wealthy elite and influence peddlers who are promoting the cause of corporate welfare, the economic “recovery” has been quite good. So good, in fact, that one North Texas power broker even had a local university college of business named after him. It’s too bad that $30 million in “philanthropic spirit” won’t be saving Denton Texas homeowners from record high property tax bills this holiday season. But then again, maybe that was precisely the point all along?

Looks like it’s going to be low rates or bust… 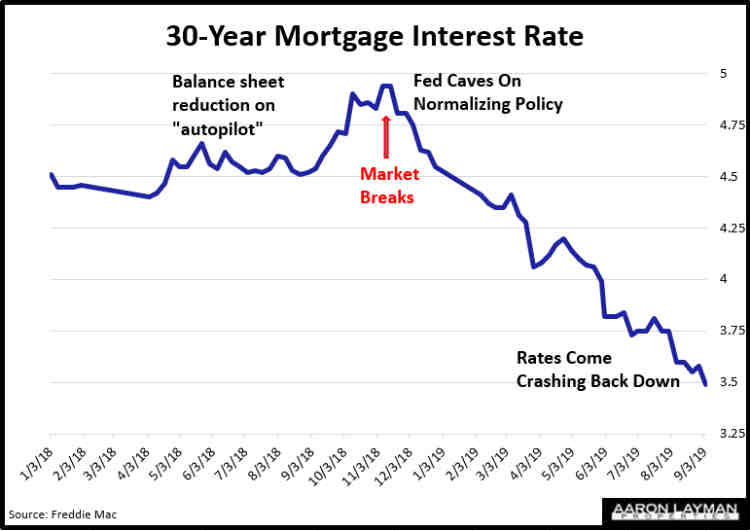 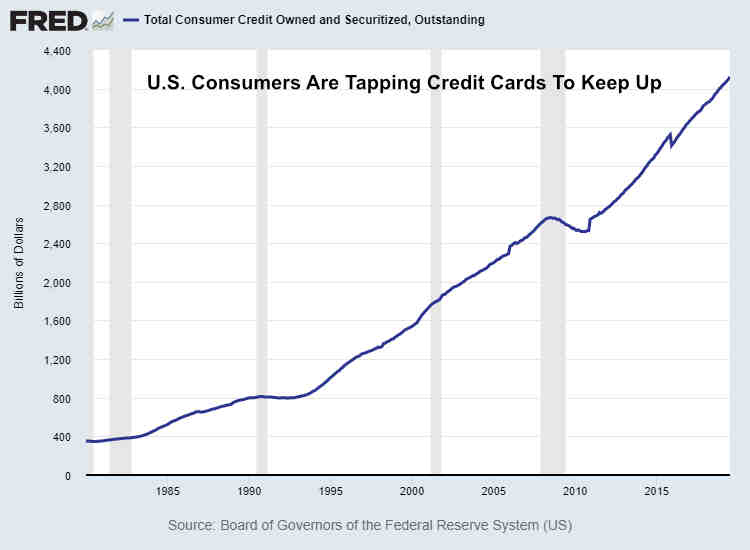