North Texas home sales rose again in February as record low mortgage interest rates continued to support the local real estate market. Dallas-Fort Worth saw sales rise 8 percent in February while pending sales were roughly 13 percent higher. The median price of a DFW home jumped 6 percent compared to a year ago, while the average price rose 7.7 percent. The supply of North Texas homes on the market dropped 13 percent to 2.6 months of supply.

Denton County homes sales spiked 18 percent higher last month while pending sales rose about 15 percent during the month of February. The median price of a Denton County home rose 1.9 percent in February with average prices rising 1.5 percent to $351,881. With higher prices than the DFW average, Denton County experienced much smaller price increases. This should not be surprising. Affordability is still a major factor driving the local real estate market. The supply of homes for sale in Denton County dropped 24 percent in February, slipping to just 2.2 months of supply.

While super low mortgage rates were continuing to drive the North Texas real estate market in February, the unprecedented swan dive in the markets during the past two weeks is going to put a dent in momentum for the local real estate market. 2020 is shaping up to look a lot like 2018, when the advertised strength of the U.S. economy and U.S. consumers was put to the test. It was a test we ultimately failed.

In case you don’t remember, the economy didn’t fare too well on that exam, and the North Texas real estate market started rolling over in the fourth quarter of the year. Despite the Federal Reserve’s and local economists’ assertions, the market could not sustain elevated prices in a rising interest rate environment. The inventory of luxury homes sitting on the market in North Texas began to ramp higher, and just like that we were looking at double-digit home sales declines along with falling prices.

Fast forward and we have a similar dynamic setting up again in 2020. After the Fed completely caved on normalizing policy (reverting back to rate cuts and balance sheet increases) North Texas home sales rebounded sharply last year. Prices have also rebounded in recent months as the additional liquidity stimulus fueled the local housing market. Home prices are back near record highs, and available home inventory is back near previous lows. That is precisely why the North Texas housing market is at risk once again.

Despite what you may hear from real estate pundits and “professionals” in the Dallas-Fort Worth area, 2018 was not a one-off blip. It was a warning sign that the economy is not nearly as strong as advertised. Fed chair Jerome Powell continues to float the ridiculous narrative that the economy is “in a good place”, but nothing could be further from the truth. That “good place” depends on continued and growing stimulus to feed the beast created by the Federal Reserve. It is not surprising that Powell is lying through his teeth. It’s what Fed chairs do. The swift and stunning collapse of U.S. Treasury yields during the last two years, and particularly during the last month, demonstrate just how absurd Powell’s public misdirection really is… 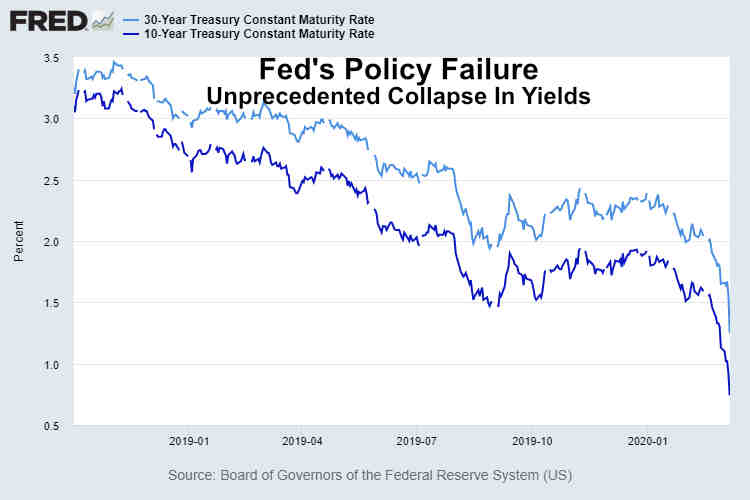 Unless the markets can recover significant ground soon, the North Texas real estate market will run out of steam. As I have been explaining, the housing market, for better or worse, is tied to central bank monetary policy and the financial markets. The recent crash in oil prices is particularly concerning for Texas real estate markets, because there has been a significant amount of capital destruction in the oil sector in the last week. The epic crash in oil prices this month may be good if you like cheap gasoline, but be careful what you wish for.

Record low mortgage rates won’t do much to stimulate housing demand if you have a growing number of people lining up for unemployment checks. 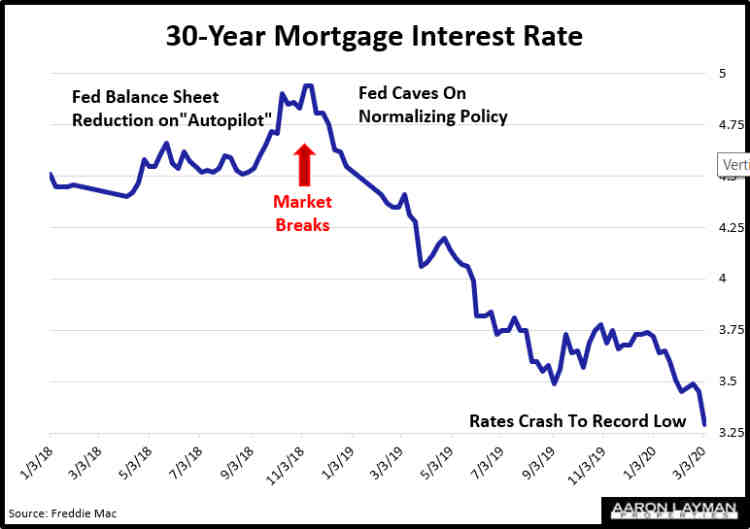